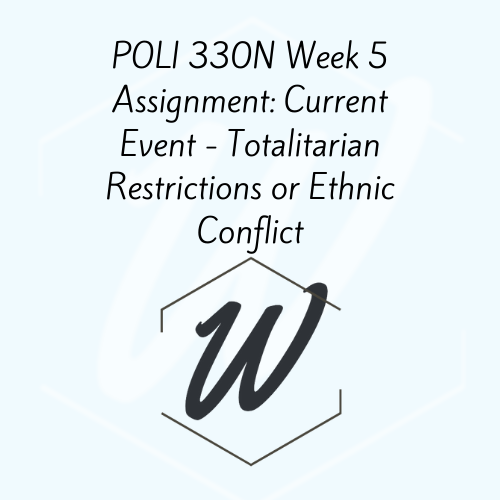 The article with the title, “Three years later: Rohingya Muslims continue to face persecution and are torn apart from their homes” is selected. The purpose of this paper is to summarize the selected article and analyze the issue by identifying its global importance, effects of global and external influence, evaluate authenticity and credibility of the article, and the reasoning behind it. Myanmar is in turmoil and it has a history of persecution of minorities and totalitarian regimes with crimes against humanity. Myanmar is a majority Buddhist country with minority Christians and Muslims. Rohingyas are the minority community and they are considered as foreign residents by the Myanmar government and military.

Summary of the article

The article focuses on both ethnic conflict and totalitarian regimes in Myanmar along with the impact of foreign laws such as article 21 on their refugee life. The article highlights that Rohingya, a Muslim ethnic group from Myanmar as the most persecuted community in the world, and the group represents the single largest community of “stateless” people. They do not have access to most of the basic rights and do not have citizenship. In 2017, thousands of Myanmar’s Muslims crossed the border by sea or by foot. The United Nations high commissioner for human rights stated that the attack and persecution by the Myanmar military and government was a “textbook example of ethnic cleansing.” The government of Myanmar deprived them of citizenship and destroyed their livelihood (Parthasarathy, 2021).

Post exodus, the Indian government ordered its states to conduct surveys based on the foreigners’ act to provide identity cards and refugee camps. However, internal politics led to India’s Union Minister stating that India is not a part of the refugee act and they will deport the illegal immigrants. This led to a series of cases in the Supreme Court where different applicants highlighted that principle of non-refoulement, Article 14, Article 32, Article 21 of Indian constitution and articles 33(1) and 33(2) of United Nations Convention Relating to the Status of Refugees will be breached. Also, the court highlighted Rohingyas as an “extremely vulnerable” population to military attacks by stating the 1948 Genocide Convention (Parthasarathy, 2021).

In 1982, the Myanmar government declared and introduced a resolution or Citizenship Law that only people who prove their Burmese ancestry before 1823 will be given citizenship. Despite having generations of livelihood in Myanmar, Rohingyas were declared as residing foreigners and Muslim and Christian representatives were removed from the government after that. In 2015, they were disenfranchised from the electoral process (Parthasarathy, 2021). The article highlights that the government of India tried to argue that they are not bound by refugee laws and they have their constitutional laws in the Supreme Court. However, the applicants highlighted different Indian articles such as Elimination of All Forms of Racial Discrimination, Convention on the Elimination of All Forms of Discrimination Against Women, International Covenant on Economic and Social Rights, and International Covenant on Civil and Political Rights to point out that Rohingyas should not be deported as it is against the constitution (Parthasarathy, 2021).

The author of the article also argues that even though the domestic laws are there, no law directs the government to act against the principle of non-refoulement. Also, the author questions to what extent the Supreme Court can compel the government to take steps to fulfill international laws. The author also regrets that the Supreme court refused the plea to hear the counsel and indicates that the principle of non refoulement is part of Article 21 by giving two case studies. The author further highlights the atrocities by Myanmar’s totalitarian military regime by reporting about the military coup of February 1 in Myanmar, which led to the killing of hundreds of citizens. Also, the author highlights that article 21 applies to everyone including Rohingyas without citizenship (Parthasarathy, 2021).

Importance of issue to the global community

The issue will directly affect neighboring countries such as Bangladesh, India, Pakistan, China, and other countries as the issue of refugees is an international issue. Also, it is reported that more than 70000 Rohingyas fled the country. During COVID-19 their situation got even worse as they did not have the means to live (Sikandar, 2021). The second important point is Myanmar general Than Shwe conducted an ethical cleansing drive, which resulted in the death of over 24000 people, desecration of 392 villages, and Min Aung Hlaing led cup, which resulted in detain of Aunt San Suu Kyi who was a Nobel Peace Prize winner and leader of National League for Democracy, who backed the genocide by staying silent. The issue of global peace, use of armed forces against citizens is a global issue. Another major reason is the involvement of China’s Pauk-Phaw led to increased tension and as a result, it is an important global issue (MadrasCourier, 2021).

Outside influences to help change the issue

Firstly, global leaders should provide humanitarian aids by collaborating with neighboring countries to provide basic human rights and build refugee camps for the Rohingyas by upholding international laws on refugee and genocide (MadrasCourier, 2021). The second important step is to stop the Myanmar army from its clearance operation in Rakhine state by military intervention as the genocide is very similar to the ethical conflict between Hutu and Tutsi (Finn, 2021). Thirdly, is important to impose sanction against Myanmar military through trade and other sanctions to prevent them. Also, peace talks should be carried out through diplomatic channels to conduct elections and opt a democratic party to resolve the issue.

The neutrality of the article

The article is fairly neutral as the author only reported the facts and highlighted different domestic laws and international laws by providing case studies. Even though the author expresses his opinion to support the Rohingya, it does not constitute bias as he is talking about providing basic rights and not deporting the Rohingyas based on humanity and as they are the persecuted community. When it comes to credibility, the livelaw.in is a reputed publication, which deals with legal issues along with foreign events. The author has a high credibility as he is a Madras based Lawyer with expertise in domestic and international law.

MadrasCourier. (2021). Myanmar’s generals should be tried for crimes against humanity. Madras Courier. Retrieved 1 April 2021, from https://madrascourier.com/opinion/myanmars-generals-should-be-tried-for-crimes-against-humanity/.

Parthasarathy, S. (2021). Article 21 in a time of genocide: the Rohingya case before the supreme court. Livelaw.in. Retrieved 1 April 2021, from https://www.livelaw.in/columns/article-21-genocide-rohingya-case-supreme-court-171896.