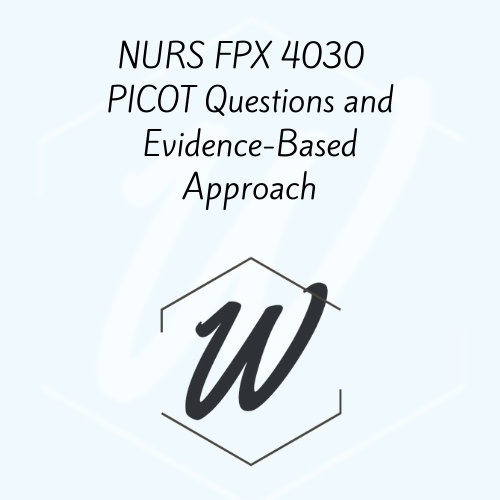 Using a PICO(T) Framework and Evidence to Develop Care Practices

PICO(T) is short for Population/Patient, Intervention, Comparison, Outcome and Time. It is a research framework using which a suitable plan can be created for the better treatment and tending of patients. The PICO(T) process can be applied to a variety of different disorders, illnesses, conditions and maladies. In this paper, the aim is to study the dynamics of PTSD treatment in light of a certain question, the answer to which will help us come up with a better and more focused remedial plan. This question will be answered by utilizing the PICO(T) framework, and that is the crux of this paper. The main things which the author will do are to define the issue at hand, discern the sources of evidence that are needed for answering the question, list and enumerate the findings of other articles and material, and elaborate the relativity and relevance of those findings.

The problem under discussion will aim to provide a better course of action to take for the treatment of PTSD in patients. The condition that is being considered viz. PTSD is not the main malady that the patients will be suffering from. PTSD in this regard is not being addressed from the perspective of a therapist or mental health expert. Rather, it is being seen as a factor that can have a deteriorating effect on already scarred and ailing people such as old individuals. PTSD can lead to nervousness, hysterics, panic and general discomfort that can prove to be a hindrance in the recovery process, especially if the process requires rest and calmness. Some cases of PTSD can even be life-threatening (Iribarren et al., 2005).

The question that is being asked here (that we will attempt to answer using the PICO(T) approach) is: Is it better to treat PTSD patients with psychotherapy treatment or EMDR for managing stress and anxiety?

The objective of this study is to come up with ways for doctors and health experts to deal with patients suffering from PTSD without having prior knowledge or expertise about mental health. While EMDR is a technique practised by mental health experts, this paper will help to show some ways that normal doctors can use to administer basic treatment in order to facilitate the stimulus for better recovery.

Identification of Sources of Evidence

The Enablement approach is the intervention approach that is selected for the PICO(T) method in regards to this issue. The Enablement Approach simply entails the removal of barriers and hurdles, which in this context can be understood to aid in better recovery from the traumatic experience.

This approach can also be used as a source of evidence for the extraction of information to answer the question at hand. The individualized intervention approach is the method in which the intervention is tailored for a certain person by taking into consideration the various factors and attributes of that said patient (Individual Intervention, n.d.). This is in contrast to Standardized Intervention, which follows a set style and methodology. However, since the issue at hand pertains to PTSD, Standardized Interventions are also a suitable source of evidence.

In this approach, the contrary of individualized intervention takes place. The standardized intervention uses fixed rather than varying information (Vaughn, 2011). In PTSD, there are factors and aspects that remain unchanged, such as the symptoms, causes and cure. On the other hand, some things are different for each patient such as the particular event and the severity.

The question at hand was to see whether psychotherapy or EMDR is the better method to counter PTSD in patients. To answer the question, different articles were consulted and findings were taken. In these findings, the approaches mentioned as the sources are reflected as core components of the methods. For example, psychotherapy is an individualized intervention and cannot be standardized.

In the first article about EMDR effectiveness on PTSD (Gotter, 2019), the end result was given that EMDR is an effective and useful way PTSD can be treated. It was seen that people might actually give this method preference over medications due to the harmful side effects. It was also seen that some people may opt for a middle route with both the medication and the EMDR, with the latter being a catalyst in the recovery process.

The second article was about psychotherapy and its effectiveness on PTSD (PTSD Facts & Treatment | Anxiety and Depression Association of America, ADAA, n.d.). Cognitive Behavior Therapy is a type of psychotherapy that is useful for treating PTSD. CBT occurs over a period of 12 to 15 weeks and involves various steps such as exposure therapy and cognitive restructuring.

Keeping in sight the findings from both these articles, the conclusion that was drawn was that EMDR is an easier option and patients are less likely to lose heart as compared to other treatments. It is a great way to treat long and short term depression and trauma.

The answer, as was deductible from the findings, is that for patients who are younger in age and are steadfast, psychotherapy is a viable option. Exposure therapy, which is an integral part of CBT, needs to be endured. Old or younger patients may find it difficult in contrast to the relatively easier EMDR. EMDR is an easier option as it is more light and mellow than CBT.

Relevance of findings from Articles

The findings from the articles are strictly related to the topic at hand since they both aim to delineate the effectiveness of the methods in treating the selected condition viz. PTSD.

The first finding from Gotter describes the effectiveness of EMDR in treating PTSD, which is an integral and important aspect to understand for answering our question. The article clearly depicted the advantages of EMDR, while also mentioning the downside. By looking at the finding of the article by Gotter, we saw that EMDR is a more slow-paced and easy treatment to go for. Hence, this finding is crucial and strictly relevant to the issue in question.

The reason behind selecting the article by PTSD Facts and Treatments was that it provided a comprehensive and elaborate definition and elaboration of psychotherapy as a treatment of PTSD. By giving an insight of CBT in brevity, the differences between it and EMDR were easily discernible, which led to us easily answering the question.

Treating PTSD in patients is important for better recovery. In some instances, PTSD can be life-threatening and can hamper the recovery progress of the patient. In the paper, the aim was to determine which treatment is efficient in passively treating hospital patients who have PTSD. Based on the findings derived from the articles, it was seen that EMDR and CBT (psychotherapy) are both effective solutions albeit for different types of people.