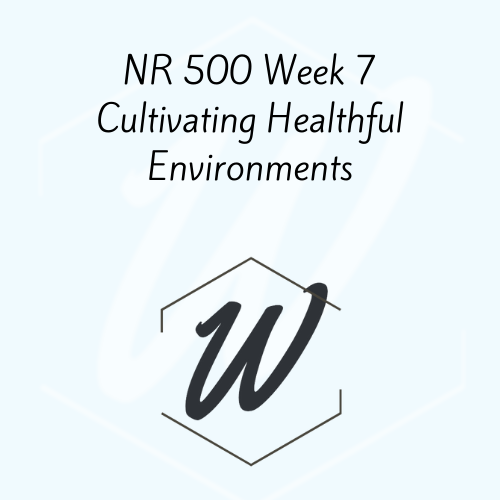 Incivility in the Workplace

Nurses often operate in environments that provide hostile or uncomfortable atmospheres to take on their duties. Generally, nurses are usually the unwilling recipients of abusive and unsuitable behavior. They are bullied and treated in abusive manners that undermine their ability to perform their duties effectively. This discussion serves a valuable role in any healthcare organization as it is a detrimental issue that needs to be faced. It will provide information that helps to conceptualize the problem and appropriate strategies to mitigate these issues in the healthcare environment. Typically, professionals regardless of their position and roles in the workplace should not be subjected to abusive treatment since it results in practitioner and organizational failure.

The Concept of Incivility

The term incivility refers to treatments afforded to colleagues that include abusive and unfair interactions. Incivility can be defined as repeated incidences of behaviors that are abusive, insulting, intimidating, or offensive towards a colleague, the range of behaviors can include passive aggression, lack of support to the professional as well as verbal insults directed towards a professional (McNamara, 2012). Understanding civility is one thing; however, understanding its extent in the healthcare system presents unique challenges. The existing figures suggest a great number of nurses may be exposed to environments characterized by uncivil behaviors.

Importance of the Issue to Nursing

Incivility in the workplace is an issue of concern among the healthcare system. The reason behind this importance lies in the implications of such behavior in a professional work environment, and the effect in the care given to patients. First, uncivility against nurses can lead to a hostile work environment where nurses feel uncomfortable to work (Al-Omari, 2015). As such, the nurses may respond in missed workdays and even voluntary turnover intentions. The poor treatment they face may lead to a decision to leave the organization or even the nursing practice altogether. From an organizational perspective, incivility against nurses leads to a loss of revenue, and the ability to deliver services. Hospitals face massive financial losses from employee turnover due to the additional costs of replacing the practitioner (Lachman, 2015). Similarly, these organizations also loss financially due to the issues of calling in sick, decreased productivity, and staff developing conditions such as depression and anxiety. However, most significant and most important reason to address this issue arises from its influence on patient care. Hospitals and medical practitioners are required to practice patient-centered care. However, incivility against nurses leading to poor accountability and intense mental distress can significantly affect patient care (McCormack & McCance, 2017). This incivility takes away the focus of care from the patient since the nurse may be preoccupied with the stressful work environment or develop fear of making mistakes. Incivility against nurses contributes to weak professional interactions, organizational management, and patient outcomes.

My good friend, and past nurse colleague has been working on the floor for past two years. However, his work environment has been substantially hostile due to the constant remarks concerning his sexual orientation in the workplace. He was in the process of getting a sex reassignment surgery, from female to male. His personal life became a center of gossips and inappropriate behavior in the workplace from co-workers and even some of the patients. Consequently, this issue has raised significant insecurities about his career as a nurse. My friend became a nurse because he passionate about his job caring for patients. He took care of his older sister who suffered from a long-term chronic illness before her death. He was even planning on advancing his career and become a nurse practitioner because he loved what he does caring for his patients. However, the bullying and hurtful remarks towards him due to his sexual orientation have made him not to pursue his career further. He quit his job at the hospital where we were working at to avoid the uncomfortable looks and gossip and took a job at another facility but only lead to similar workplace uncivility He also had issues with absenteeism due to regular trips to his therapist, who has been instrumental in managing and maneuvering the hostile workplace environment and his process of getting the sex reassignment surgery. This situation has presented significant challenges to him as a practitioner, his patients, as well as the organization. At the end, he quit the profession altogether because he felt like his concentration and work performance as a nurse has fallen significantly.

Strategies for Creating a Healthful Environment

Course training is a practical approach to addressing incivility in the nursing workplace. These courses serve an important role in enhancing the awareness of nursing practitioner’s hostile work environments. It also imparts essential skills to ensure that the practitioner can address the issue of uncivility and to provide the necessary responses that will not place their welfare or that of the organization and the patient at jeopardy. Role playing, and rehearsing responses can prepare a nurse with the necessary tools to confront a hostile co-worker. Such training would lead to enhanced awareness and responses to abusive and offensive behavior in the workplace (Warrner et al., 2016). It would also work towards holding the perpetrators accountable for their actions. Organizations have the duty to ensure that they offer and abide to codes of conduct aimed at promoting positive interactions between practitioners. These standards of practice or codes of conduct are supported under the Joint Commission (2008) Sentinel Event Alert that advocates for a culture of safety in the workplace (American Nursing Association, 2015). These regulations are intended to develop a workplace that has zero tolerance on any form of uncivility. These rules also recognize the importance of moral accountability in the workplace, especially among leaders. Finally, the employees need to be empowered against their aggressors. The presence of a code of conduct or standards of practices helps to develop this empowerment. However, the victims of workplace harassment can only achieve empowerment if the aggressors can be held accountable for their actions. As such, a system that advocates for whistleblowing may be an effective way of addressing the institutional and individual hesitations to take actions against hostile employees.

Strategies for the Specialty Track

The specialty track in question refers to the Education Program. This track involves the development of skills that will allow the educators to work alongside with patients, colleagues, and other practitioners in a healthcare environment. As such, it requires the adoption of strategies intended to address the issue of incivility (Chamberlain College of Nursing, 2016). The first strategy involves adhering to the required ethical standards of work and codes of practice. This adherence is intended to ensure that the conduct of the practitioner remains within the appropriate requirements and that it does not infringe on the welfare of the colleagues. The second approach involves developing a positive attitude towards the creation of moral values that are rooted in a culture of respect. Offering similar attitudes in the workplace helps to provide a civil atmosphere where the welfare of practitioners remains paramount.

Incivility in the workplace is an underexplored aspect of the healthcare fraternity. Nurses face significant instances of abuse and inappropriate behavior that have profound implications on the professionals, organization, patient safety. The practical strategies for addressing the issue include training to increase practitioner awareness and responses, ethical standards of practice, and the empowerment of the victims. Similarly, professionals should work to integrate positive values into their practice as a predicate to developing positive working environments. In summation, the welfare of nurses remains a paramount concern in addressing uncivil behaviors in the workplace.