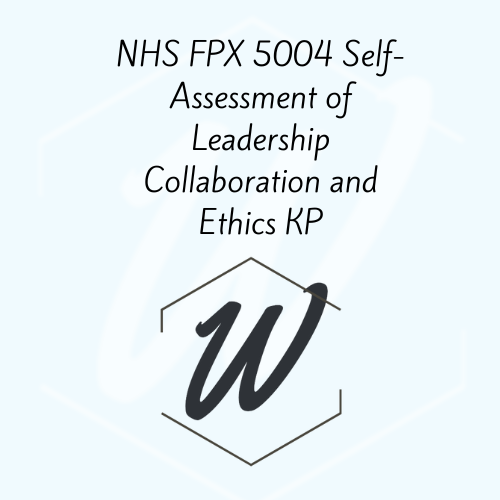 Thank you very much for your response regarding my inquiry regarding employment opportunities within the Western Medical Enterprises organization. I’m thankful for the opportunity to provide you and the selection team with further information pertaining to my candidacy.

Pursuant to your request, I’ve provided a narrative response to the questions contained within the Western Medical Enterprises Questionnaire. Below, I’ve provided specific responses to each question. Please advise as to any additional information I can provide to assist in the evaluation of my candidacy. I’m truly thankful for this opportunity!

As a leader within the healthcare industry, I’ve acquired knowledge from a broad range of experiences. Within the educational sector while pursuing my degrees, I studiously engaged with my instructors and fellow students regarding applicable subject matters. Comprehensive research, seeking to understand, collaboration with classmates and level setting with peers and instructors were foremost in my daily engagements.

Upon graduation, I quickly learned to apply knowledge gained within the classroom in a more practical manner. While daunting, this period of my professional career was challenging yet exciting as I was able to see theory and third party case study within real world experiences. At this point, I learned that intellectual knowledge and practical outcomes are both important as I sought to address urgent patient needs while adhering to healthcare best practices and ethical standards.

As I reflect upon my career, I recall one of the first times during which the intersection of intellectual knowledge and practical application resulted in conflict as to the right response. As a young nurse, I was employed within an environment in which a number of my peers were seasoned veterans. Seasoned, highly experienced and self-assured, I found this experience both invigorating yet somewhat threatening and discomforting at the same time. In school, I became very familiar with the standards of patient care. Specifically, I learned of the importance of creating and maintaining a nurturing and trusting relationship with patients at all times. The reasons for such an approach are numerous and I always felt a sense of pride in envisioning myself as such a professional, undaunted by the often-challenging task of overcoming fears, doubts and the pain and suffering of patients.

Upon entering into my first position, I found that the more experienced healthcare professionals had become somewhat jaded in their respective approaches. It became apparent that a pervasive desire to “treat and release” was commonplace among some of my senior peers. I was quickly learning about the realities of budget and staffing constraints, insurance industry limitations as well as a degree of complacency. Unwilling to simply adapt to this way of thinking and somewhat fresh out of school, I sought a way to impact this type of behavior while not being perceived as a “know it all”.

I learned very early in my career that endearing yourself to senior peers is challenging. Eager to make an impact yet reluctant to be disregarded, I found that assuming responsibilities that others were reluctant to assume wasof great value. Specifically, by volunteering to work shifts on less popular days and hours for nurses, others would understand my desire to be a member of the team and sacrifice as needed. I found that this approach quickly endeared me to the team.

As our staff expanded, somewhat of a generation gap developed among our team of nurses. The more seasoned nurses were quickly being joined by younger and recently hired nurses as needs within our healthcare facility required. While subtle, instances of differing expectations and means of executing duties became commonplace. Our senior management team consisting primarily of hospital administration and senior nurses sought to find common ground within the team to address some of the challenges.

As one of the newer nurses, I was tasked with coordinating a small team of fellow nurses. The goal was to identify sources of frustration by soliciting thoughts, concerns and ideas about our facility overall and how our respective workplace experiences could be better as it relates to nurse onboarding, training, scheduling and understanding of concerns brought forth by our more seasoned nurses and doctors.

To do so, I solicited and received commitments from a small yet representative group of fellow nurses to participate in a series of focus groups facilitated by me. During these sessions, a safe and confidential environment was created to maximize opportunities to receive feedback from participants. After each session, I compiled reports containing feedback to a series of questions meant to seek understanding of the nurse experience.

Essentially, I was empowered to represent the newer nurses within our healthcare facility and ultimately provide meaningful feedback to our administrative and leadership teams. Theory and case study from school had quickly become more genuine and meaningful to my young career.

My first objective was to communicate the objectives of the group and subsequently produce a shared vision of respectful teamwork among all nurses specifically. Somewhat new to leadership roles, I also found myself assuring the selected team of my capacity to successfully listen to and understand their concerns while also being able to successfully engage my more senior counterparts in meaningful and productive dialogue.

My approach was largely centered around unrelenting dedication and willingness to listen to any and all parties. While cumbersome and time constraining, I found this approach gained trust rapidly. Ultimately, respective feedback groups and applicable stakeholders were increasingly responsive to questions while also being receptive to feedback in the form of alternative solutions. Feedback became commonplace as I devised a means of soliciting thoughts and concerns while also providing a somewhat timely response from the administrative team. As a result, credibility in the process and my abilities as a leader increased.

From this experience, I learned to be relentless as it relates to best practice, ethical standards and the needs of others. As goals and subsequent objectives were reached, the group seemingly became more self assured and confident that our facility was equally responsive to both newer and senior nurses. We charted progress through written communications, careful to always articulate specific actionable items, resources and/or persons required, desired outcomes, timelines and ultimate deliverables obtained. This approach resulted in a high level of accountability of both myself and those with whom I negotiated.

Early in the process, I learned that nurses are more than willing to talk and express grievances within a safe environment. In particular, younger nurses who were yet to be saddled with responsibilities beyond standard self preservation, were eager to share. My approach essentially consisted of best practices learned in school combined with limited observations gained during this early part of my career.

Interpersonal skills I had learned and practiced throughout my life were perhaps of the utmost importance. Specifically, a willingness to forgo tendencies to exercise absolute authority over other group members, actively obtaining feedback, maintaining personal openness, minimizing instances of disrespect within the group, encouraging differing viewpoints and treating concerns with equal importance were particularly effective.

As nurses within a healthcare facility, we also had the goal and requirement of maintaining ethical standards. During the process of collaborating within the team of nurses, a number of ethical challenges arose relating to us as RN’s as well as those associated with ethical expectations of healthcare executives.

The general public is well aware of the Hippocratic Oath being that it’s one of the oldest binding documents in history. Undoubtedly, the treatment of the ill pursuant to best ability is a pervasive belief within healthcare environments. As a nursing professional, I too adhere to this standard particularly in my present role within emergency rooms. Additionally, doing so while preserving patient privacy and properly teaching and instructing others are the very backbone of our profession.

According to the American Nurses Association, nurses are expected to adhere to administering nursing responsibilities in a manner consistent with quality in nursing care and the ethical obligations of the profession. Specific to my role leading our focus group, ethical leadership requires responding effectively to ethical concerns is essential for both individuals and organizations (Fox, Crigger, Bottrell, Bauck, 2007).

During our sessions, I discovered the existence of wage and hour integrity issues. Specifically, some nurses were essentially increasing their respective incomes by working in a less than productive manner. There seemingly was a complacency among some to forgo honesty in an effort to maximize income.

As a trusted leader with an overall limited amount of workplace experience, I wanted to maintain the “status” and respect I had acquired. However, the notion of simply ignoring the issue wasn’t acceptable. In addition to being contrary to my own character and sense of honesty, I had become a trusted partner of the more senior nurses. They had foregone the option of reporting the matter to the administrative team and afforded me the opportunity to address the issue with my peers. However, not taking any degree of action would have suggested a level of approval and ultimately would have diminished the trust and leadership status attained. Therefore, any hopes of being a true change agent would have been blemished.

Without naming specific individuals, we were able to reiterate the impact of this type of behavior to our facility as well as to our credibility as newer nurses. As a leader, I balanced the need to address this matter in a non-accusatory manner. Ultimately, the behavior was self corrected. As a leader, I maintained both my credibility by acting in an ethical manner. Additionally, “leading by example” proved to be invaluable. “The benefits of ethical leadership traits are also seen to go beyond the decision making process itself. Previous studies have found that in organizations where leaders have demonstrated ethical leadership skills, these traits are among the most appreciated by employees of the organization” (Richardson, 1992).

Pursuant to the American College of Healthcare Executives Code of Ethics, Executives are obligated to adhere to a broad range of standards. While not an executive during this period of my career, I felt compelled as I was both serving in a leadership role while also engaging and negotiating with healthcare administrators within our facility who carried the title of Executive. Specific to my role as a leader and group facilitator, to “conduct professional activities with honesty, integrity, respect, fairness and good faith in a manner that will reflect well upon the profession” was foremost in my approach. My decision to share the issues of work hour abuses by some was wholly consistent with this standard.

In closing, I would say that my style of leadership is that of a transformational leader. Because most hospitals have a traditional bureaucratic management structure, my approach allowed for a paradigm shift. Martin Luther King, Jr. is one of the most transformational leaders in history. “He built follower confidence, challenged taken-for-granted assumptions, developed follower needs and upheld high moral values” (Achua & Lussier, 2010, p. 352).

at the annual meeting of the Mid-South Educational Research Association,