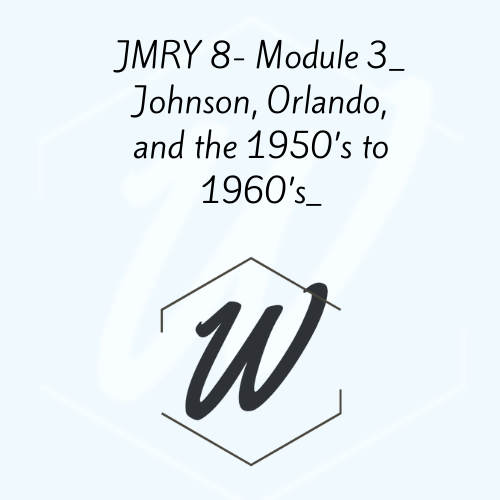 ORLANDO’S DELIBERATIVE NURSING PROCESS THEORY
Ida Jean Orlando was nurse theorist who developed her deliberative nursing theory off her own nursing experiences with patient during the 1950s-60s.
Orlando described her theory as based on the interaction between the nurse and a patient at a specific time and place.
Orlando viewed each patient as different and nursing actions are individualized to the patient’s needs.
Orlando emphasized patient individuality and how powerful the nurse-patient connection can develop.
(Pinto, 2017)
(Smith, 2020)

The behavior of the patient

The reaction of the nurse

The nurse action taken to benefit the patient
(Smith, 2020)

Presenting behavior= patient’s behavior they are unable to resolve on their own.

ORLANDO’S NURSE THEORY BASED ON SUSAN

Nurse organizes meeting with Susan to understand her immediate needs.
Nurse observes distress in Susan’s behavior when talking about meeting her fathers care needs.
The nurse feels the stress and strain that Susan is undertaking care of her father and own family.
The nurse reflects on Susan’s plight using the five stages of the nursing process.
As the nurse visits openly & calmly with Susan to figure out a solution to her dilemma.

The 5 nurse concepts
Nurse organizes a meeting with Sam to understand his immediate needs.
Nurse observes a flat affect in Sam’s behavior when talking about his needs.
The nurse feels the sadness and heartache in Sam’s reserved mannerism with the mention of needing assistance.
The nurse reflects on Sam’s situation using the five stages of the nursing process.
As the nurse visits openly & calmly with Sam to draw out his remorseful attitude and determine his needs.

ORLANDO’S NURSE THEORY BASED ON SAM

Sam is quiet and withdrawn
Nurse reaction is accepting and concerned
The nurse action is to delve into Sam’s sadness and self preservation
(Wolf, 2018)

The nurse addresses Susan’s need for assistance in providing care for Sam by contacting the local Area on Aging office to arrange The Senior Care Act caregivers to visit routinely and complete household tasks, meal preparation, shopping, and companionship.
The nurse discusses free hospice workshops on “loss of loved ones” that Susan & Sam can attend bi-weekly to address the grief and loss they both are experiencing over the death of her/his mother/spouse .
The nurse arranges home health aide through Medicare insurance to assist with Sam’s bathing, hygiene and grooming needs.
The nurse provides contacts to local senior citizens group to assist Sam with financial planning and to auto-enroll in monthly bill payments, and yard upkeep.

The nurse contacts the lighthouse for the blind to assist with setting up Sam’s home for safety and placing tactile markers and vison aids so he can locate buttons on microwave, telephone, and television.
The nurse schedules a visit for Sam to see his primary care physician to assure he isn’t having medical concerns for his memory or lacking in vitamins, minerals or fluids or experiencing depression.
The nurse will take up setting up Sam’s medications in med boxes and conversing with the private sitter to remind him to take them daily.

CULTURE, SOCIAL, AND ECONOMIC STRUGGLES OF THE 1950S

The 1950s was a thriving time. The unemployment rate was low, people could afford to buy homes and automobiles due to the stable economy.
The 1950s were socially unstable due to the civil rights movement on racial injustice and desegregation.
The 1950s brought an 18% increase of women into the workforce.
In the 1950s the government created budgets to expand social welfare programs such as housing assistance and food stamps.
The government also dedicated a significant amount of money to the construction of highways and airports.
To fund these budgets and projects, taxes, especially income taxes, continued to rise steadily during this decade.
(Lee, 2021)

CULTURE, SOCIAL, ECONOMIC STRUGGLES OF THE 1960S IN THE U.S

The 1960s saw big changes in political and social arenas. Citizens were taking action in governmental activities such as voting, anti-war demonstrations.
The 1960s the Vietnam War was declared by President Johnson after Kennedys assassination.
In the 1960s African-Americans were busy challenging the government for equal rights without segregation.
With the influx of women working outside the home men were up in arms about this new social order with managing the home and the children.
Women’s liberation and the introduction of the birth control pill granted women power to make child-bearing decisions.

Nurses were expected to stand up when a doctor entered the room.
Average RN salary was $5,200
Nurses began to collec­tively action and bargain in the political arenas and through legisla­tive actions.
There were approximately 2 million nurses nationally during this time.
Associate degree nurse programs were increasing across the country.

1950’s Nurse
Could earn a diploma in nursing after 3 years working in hospital- based training that included strict rules and requirements.
Nursing jobs centered around hospitals
Nurses were all women who worked long hours without labor regulations

1960’s Nurse
Could earn an Associate degree in nursing by attending college classes with more self governance.
Wages and benefits were much improved.
Culture and ethnics were more varied in nurse graduates
(Lee, 2020)

THE MOST INFLUENTIAL NURSING THEORY IN THE 1950S

Hildegard Peplau was a pioneer in psychiatric nursing.
In 1952 she wrote Interpersonal Relations in Nursing theory.
Peplau psychiatric nurse teaching were widely accepted and thus increased the number of nurse interest in that field of care.
Peplau taught that patients were subjects not objects and the nurse should participate and engage in their care.
(Smith, 2020)

THE MOST INFLUENTIAL NURSING THEORY IN THE 1960S.

Virginia Henderson wrote the Nature of Nursing in 1966.

Henderson believed nursing was a unique role and a valuable contribution to healthcare.

Her nurse theory instilled 14 components of need that the patient requires for a supportive environment.