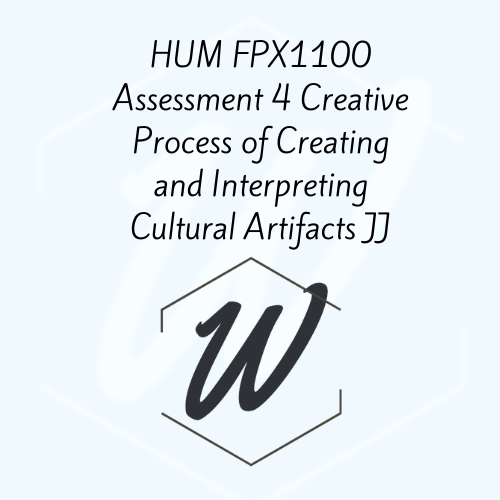 Culture and Artistic Expressions’ Influence on Human Thought and Behaviour

Art has an impact on society through altering people’s ideas, teaching ideals, and transferring experiences across place and time. According to studies, art has an impact on one’s core sense of self. Painting, sculpture, music, literature, and other forms of art are sometimes seen as the storehouse of a society’s collective memory. Art captures what fact-based historical records cannot: how it felt to be in a certain location at a specific time. In this way, art is communication; it allows individuals from various cultures and eras to connect with one another through sights, sounds, and tales. Art is frequently used to effect societal change. It has the potential to provide political or social disadvantaged people a voice.

A song, film, or literature can elicit strong emotions in individuals who hear it, encouraging them to take action. Researchers have long been fascinated by the connection between art and the human brain. For example, in 2013, Newcastle University researchers discovered that viewing modern visual art had a favourable impact on the personal life of nursing home-bound elderly. Art may also have a practical impact on society. There is a demonstrated, beneficial relationship between schoolchildren’s arithmetic and reading grades and their participation in theatre or music activities. According to the National Art Education Association, art is useful to the artist as a creative outlet. Art not only satisfies the human desire for self-expression and fulfilment; it is also financially feasible. Many people are employed in the creation, administration, and dissemination of art.

Introduction of the Artifact

I discussed an artifact some days ago with my brother John. We were doing some internet research about cultural artifacts and then we saw this artifact. The artifact that was discussed is “Nye’s Gate A-4” by Naomi Shihabi. My brother asked multiple questions about the artifact from me which will be discussed in the paper.

In Naomi Shihab Nye’s artifact. Gate A-4,’ her aircraft is delayed, and she chooses to assist a Palestinian woman who is hesitant and cautious at the airport gate. This demonstrates the importance of being nice and compassionate to individuals even in hostile environments. According to the artifact, if you become lost, don’t worry—just ask a buddy for assistance. If you don’t succeed the first time, remember to try again and again. A tiny act of compassion may go a long way toward uniting people.

Naomi Shihab Nye is a novelist, poet, and singer. She began writing her first poetry at the age of six, after being born to a Palestinian father and an American mother. She has produced or contributed to nearly 30 books of poetry in total. The artifact was written in 2007 and is based on a true story of the pas experience of writer and poet itself

Reflection on the Artifact

John asked me to reflect on the artifact and he wanted me to describe the main theme and culture of the artifact. I told him that in the story, Naomi is describing her own past experience of meeting a Palestinian woman, Naomi Shihab Nye was roaming through the airport terminal after learning that her flight had been delayed when she heard an announcement asking, “anyone in the neighbourhood of gate A-4 who knows Arabic, please proceed to the gate.” The topic begins to emerge when Naomi chooses to assist the Palestinian lady in her own time; as they spend time together, they begin to form a bond. The story demonstrates how caring for one another may help you discover pleasure and form connections. Caring for one another may lead to pleasure in life. Naomi’s and the Palestinian lady’s modest acts of kindness inspire and motivate us to care for one another (Marchi, 2019).

Naomi wrote Gate A-4 because she wanted people to realize that it changes whenever one person expresses concern to another. Everyone else is upbeat. Her narrative’s theme was one of pleasure and bringing people together on common ground. “Always keep a plant with you. Stay linked to something at all times “she claims. This highlights the importance of constantly having a room in your heart for others. In my view, you should remember where you come from, and this poem demonstrates that. community because it indicates that when you meet someone, you may discover that they have a wide range of interests. you have something in common with, and you have the opportunity to become close If you put your differences in writing.

Artifact Influence on People’s Thinking and Behaviour in The Future.

My brother then asked me that how this artifact influence on people thinking and behaviour. I told him that Naomi Shihab Nye’s ‘Gate 4-A’ Shows how a divided world can come together. to build a society in which individuals with fundamentally different opinions and backgrounds learn to collaborate with respect – and even delight – to realize the bright future we all want for ourselves and our children. We all need to pay greater attention to one another. The great majority of people are weary and turned off by the constant party fighting while so many problems need to be solved.

Use of Creative Process for Problem-Solving, Relationship-Building and Social-Awareness Skills

My brother than asked about the use of creative process for problem-solving, relationship-building, and self- and social-awareness skills I told him that I will describe the creative process by the words of writer Naomi herself. According to her words (Nye, 2007):

After realizing that my flight had been delayed for four hours, I was wandering around the Albuquerque Airport Terminal when I heard an announcement: “If anyone in the neighbourhood of Gate A-4 understands any Arabic, please come to the gate immediately.” Now and then, one pauses. My own gate was A-4. I went to that place. An elderly woman, dressed in full traditional Palestinian embroidered attire, wailed as she slumped to the floor. “Please assist,” stated the Flight Agent. “Speak to her. What exactly is her issue? We informed her that the flight would be delayed, and she complied.” I knelt to put my arm around the woman and talked slowly. “Shu Dow-a, Shu bi-bid-duck Habibi?” Shu-bit-se-wee, Stain schwa, Min fad lick?” She stopped weeping the moment she heard any of the words she recognized, no matter how horribly they were delivered. She assumed the flight had been completely cancelled. She needed to be in El Paso the next day for significant medical procedures. “You’re OK, you’ll get there; who’s picking you up?” I spoke. Let’s give him a call.” We contacted her son; she had grabbed a sack of handmade mabolo cookies from her purse – small powdered sugar crumbly mounds loaded with dates and nuts – and was offering them to all the women at the entrance. We were all covered in the same powdered sugar: the Argentine tourist, the California mom, and the charming woman from Laredo. There isn’t a better cookie in the world.

The airline then handed everyone complimentary apple juice from large coolers, and two small girls from our flight went around offering it while coated in powdered sugar. And I observed my new best friend – we were now holding hands – had a potted plant protruding from her bag, some medical plant with green hairy leaves.

And as I glanced around that gate of late and exhausted travellers, I thought to myself, this is the world I want to live in. The common universe. After the confusion-crying subsided, not a single person at that gate looked concerned about anybody else. They grabbed the cookies. I wanted to hug all of the other women as well. This may happen anywhere at any time. Not all has been lost.

I told my brother that I may use the artist’s style and methods to develop my self-consciousness and society awareness on a regular basis. If someone needs help and I’m nearby, I’ll consider stepping in and aiding them with whatever they need. I make an effort to live by the proverb “leave the world a better place than you found it.” Some people find it difficult to communicate with others in public, which causes them to become fearful and shut off. By supporting others, I hope to relieve their anguish and reassure them that everything is great and that I will help them get through it. I also hope that this will help them in the future and that they will remember the time when I was there (Wiener & Strehl., 2018)

The interpretative research approach is collaborative: researchers immerse themselves in the lives of participants, seeking to comprehend and “give voice” to their points of view. The Collaborative Technique is an out-of-court dispute settlement process in which parties work together to obtain a mutually agreeable outcome. The pledge to seek a settlement without judicial interference or the fear of court intervention is a central premise of the Collaborative Process.

When we were discussing about the artifact, I noted that me and my professor had some similarities and differences while thinking about the artifact and this is the nature of human and basis for intuition and self- thinking, this is an Interpretive Process as a Collaborative Process. I liked how we both felt the same way about the poetry and how it touched us. It helped the conversation go more smoothly, and there was a lot to talk about. We were agreed that the poem is about celebrity at its most fundamental level. However, Nye views celebrity as a construct of perspective, the product of power imbalances, anxiety, unrequited love, and tragedy.

At the end of discussion, we both concluded from the artifact that the culture in which people are socialized impacts how they communicate, and how people communicate may change the culture. Culture teaches its members implicitly how to act in various situations and how to understand the conduct of others in similar situations. People’ communication styles are influenced by the society in which they are socialized, and individuals’ communication styles can change the culture. Culture provides its members with implicit information about how to act in various settings and how to perceive the conduct of others in similar situations. Cultural variations have a significant impact on communication for various reasons, including: Culture influences how you behave. Over time, each social group in the globe has established its own set of beliefs, habits, and behavioural conventions. Culture influences how individuals think, and so influences their behaviour.

Marchi, L. (2019). Engaging with Otherness in Everyday Life: Naomi Shihab Nye’s De-familiarizing Poems. In Thinking with the Familiar in Contemporary Literature and Culture’Out of the Ordinary’ (pp. 119-133). Brill.