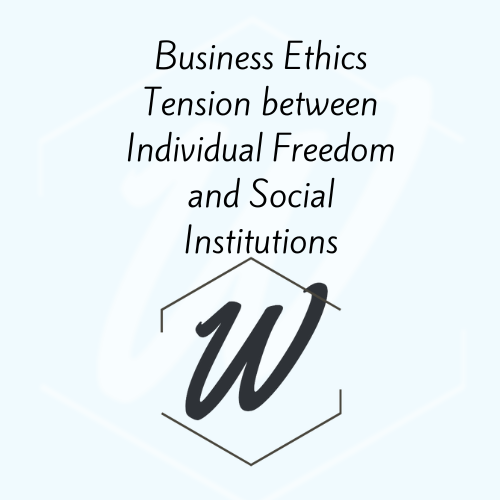 By Writink Services October 24, 2022 No Comments

The freedom enjoyed by individuals has a delicate balance with the governmental authorities which govern that freedom. Benjamin Franklin (1755) addressed this issue of society and the freedom of individuals by stating that purchasing temporary safety will depreived people from deserving neither liberty nor safety (Kates, 2022). This essay uses the ethical theories provided by Thomas Hobbes, John Locke, and Jean-Jacques Rousseau to explore the relationship between individuals and governments and social institutions in terms of social contract theory. This report aims to discuss the social issue of abortion with respect to social contract theory.

Ethical Basis for the Relation of Individuals to Their Government.

The ethical theories explain the ethical basis of relationship of people with their governments. This suggests that ethical and political responsibilities of individuals are based on understood agreements that shape society (Walcott, 2022). However, sometimes, it is mandatory that a tension is observed and created between individuals’ freedom and social institutions. The ethical issue relates to COVID-19 travel restrictions due to 90% of the flights being restricted. However, there was no solid reason for unnecessarily interfering with international travel and trade. The US and the UK Governments after the public health emergency concern aimed to save the health of individuals. However, almost 7 billion people across the globe were banned to arrive or leave their countries.  This has created several tensions between governments and individuals who forced many governments to revoke movement control orders and travel restrictions. The social contract theory explains the power relationship between the governments and individuals as a consensual exchange. This idea of social contract is valid when the government shows legitimacy in their orders in the best of interests of people.

For example, social contract theory is discussed in the perspective of abortion that morally permits the practice of abortion because it is not part of a social contract. The fact is that the theory suggests people have no moral obligations to make abortion a vital element of their social agreement. Therefore, fetus according to logic is not inside the social contract.

The Contributions of Key Theorists from History of Ethics

Three well-known philosophers provided the social contract theories such as Hobbs, Locke, and Rousseau. For example, Hobbes theory of Social Contract aims to support the absolute sovereign and does not give more important to citizens. Whereas, Locke and Rousseau provided the theory that better supports individuals compared to their governments. According to Hobbes, the government is similar to the sovereign; however, there is a distinction between the two according to the theory of Rousseau (Sasan, 2021).

Moreover, the termination of pregnancy is permissible because our chosen social contract theory does not prohibit it. On the other hand, scholars believe that a fetus is human; hence, the purpose f a social contract is to ensure human rights protection. Therefore, terminating fetus wold be wrong if it is considered as a part of being human. Hence,abortion can be regarded as an action that can be a judgment on other human beings by harming them. The moral and ethical laws state that killing someone is a sin; however, when people are able to follow moral ethics and behaviors, they often make the right decisions and avoid ethical challenges (Kates, 2022).

Advantages and disadvantages of theories

Moreover, the theory can be beneficial because if humans consider fetus as a potential threat to the life, then the practice of abortion can surely save lives. In this essence, abortion can be a good decision in the light of this theory. This decision of abortion can also be on the grounds of financial difficulties and virtue ethics also provide alternative options including adoption with birth. Therefore, these theories help to consider human live as invaluable asset in threatening circumstances.

Another type of social contract theory is the Divine Right Theory. This theory states that kings and rulers have divine right that is a way of justifying their monarchies (). In the ancient Europe during the 16th to the 18th centuries, the concept was followed that the rulers are given a God given authority and that is divine. This direct power given to the king by God develops a style of thinking about controlling and limiting people for their good during COVID-19 travel restrictions. This also relates to the idea of Christianity that relates to the origins of authority (Božilović, n.d). Also, according to the BBC data, 92% of abortions occur before six months of pregnancy in women. This means if abortions happen within the 24-week window, they help human beings to develop a thinking and most of these abortion cases will not be problematic (Kates, 2022).