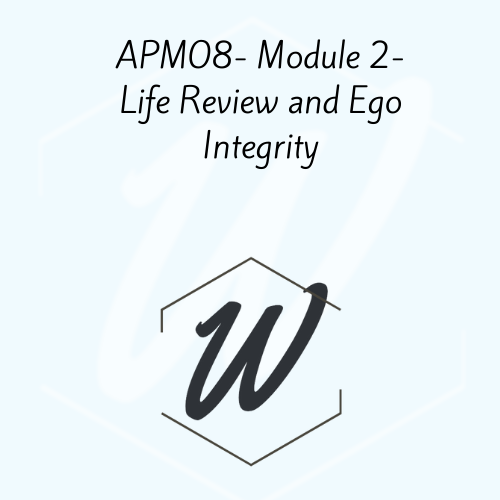 As a nurse working the geriatric patients, I focus my care on the unique requirements of the elderly who require rehabilitation and other support. I encounter elderly clients with different demands, including functional limitations caused by injury or illnesses. While handling geriatric patients, healthcare providers should not assume signs and symptoms as age-related changes but rather assess thoroughly and treat underlying conditions if treatable (Boman et al., 2019). As a healthcare provider, I have the role of assessing, treating, or referring, and support elder clients who manifest with changes in affect or intellect. This assay will discuss B.M’s self-identified lifetime information, assessment of his coping mechanisms, nursing diagnoses, and care plan.

B.M is the client discussed in this assay. Having spent time with the patient, the patient noted his demographic data in an interview where he talked about his life. I built rapport by calling him always by his name, actively listening, and avoiding being judgmental. I led him into enjoyable recall of past events involving his life experiences. B.M, born in March 1952, is 69 years old and lives with his grandson. Both his parents raised him in Alabama together with his sister. B.M stated, “I testify that my parents embraced me so much and I truly felt what parental love is.” His father was a carpenter of all types of furniture you can talk of, while his mother worked at her grocery.

B.M attended school, and his furthest educational attainment is a high school diploma. During the interview, he reported that he has worked in different settings throughout his lifetime. In his first job, B.M worked at a mushroom farm where his responsibility was tending the growing plants and preparing them for the market. He later switched careers and worked as a food handler in a bakery. His third job was a managerial job at school food services, where he started as an employee and later earned the manager’s role as his age advanced. He retired from the managerial position after having made a good name and legacy in the school. After retirement, he spends time tending his garden, where he grows a few fruits and vegetables.

The patient is a widower and has one sister who cares for him. He married at the age of 29 but lost his wife to an accident when he was 57. “I learnt about my wife’s accident with deep shock that made me deny the incidence for years. She later passed away while undergoing treatment in the ICU. The trauma caused by her demise still lives in me to date,” B.M stated. Around the same time, he was diagnosed with hypertension and depression. He was started on antihypertensive and antidepressants. The client reported his life had up and downs, which he assumed to be the normalcy of human life.

Two Most Significant (Positive) Times in His Life

Talking about the two most noteworthy periods of his life, B.M reported that he recalls his upbringing and parent’s advice as he grew. They influenced him to put his family first and try maintaining peace at home. Although the patient acknowledged that his parents were strict, he appreciated that they positively impacted his life. He appreciated that his parents influenced him to embrace self-discipline and taught him about farming. Another positive time that was significant in B.M’s life was when he married his late wife. I had dated my late wife for five years. When explaining, B.M said, “She was so dear to me and could not wait marring her in a public wedding ceremony. Our relationship was full of trust, commitment and intimacy.”

Past Hardship or Loss That the Client Successfully Negotiated

The patient felt bitter remembering the demise of his wife. The departure of his wife secondary to a road traffic accident was a shock to him. He reported that the event was the most unexpected in his life. When asked how he got through it, he expressed how traumatic the experience was for him. Mr. B.M appreciated fellow church members and relatives who stood with him during the trying moments. He expressed that detaching himself from others would make him feel relieved of the stress.

During the interview, B.M identified his primary strength as optimism that has propelled him through his life. Being optimistic helped him gain the confidence to face the future, even during good and bad times. B.M remembered that his successes were propelled by the optimistic attitude he has held all through since he started working. Another personal strength reported by the patient was the dedication to a task or purpose. He narrated that favors and promotions at his workplaces most likely resulted from dedication to his responsivities.

Identifying What Is Healthy Versus Non-Healthy Coping Skills

I inquired the patient to describe to healthy coping skills he used during his past or recent experiences. B.M replied, “I did not know that I was engaging in unhealthy coping skills until the psychiatrist diagnosed me of depression. Before the diagnoses and after the burial of my sweetheart, I isolated myself to cope with the situation. Isolation was an unhealthy coping skill.” I helped B.M understand that healthy coping mechanisms include engaging in physical exercises to enhance mental relaxation and listening to favorite music. When requested to state the of advice he would follow as a younger self, B.M mentioned – having faith in God, being kind to self, and being focused on the present and future and not the past. He regretted that the past had made him seek rehabilitation services.

I also performed the Mini-Mental Status Exam to assess his cognitive function in memory, language, orientation, attention, and visual-spatial skills. B.M scored 26 points out of a maximum of 30, indicating that he did not have dementia. According to Norris et al. (2016), the Mini-Mental Status Exam is significant in determining cognitive impairments among elderly persons. I also performed the Fulmer Spices Assessment, which bears the acronym “SPICES,” which stands for sleep alterations, problems feeding, incontinence, confusion, evidence of fall, and skin integrity. The tool is significant in screening for common problems of elderly people and advice on the need for treatment (Norris et al., 2016). B.M reported episodes of dysuria and urine leakage, which have been a nuisance to him. He stated that the urine would leak when laughing, sneezing or when coughing. Although B.M reported episodes of sleep disturbance, he had no complaints of bowel incontinence, confusion, history of falls, or nutrition issues. He had sustained skin breakdown (bruises) from a fall after sustaining a knock at the garden.

B.M’s Level of Ego Integrity vs. Despair as Described by Psychoanalyst Erik Erikson

Among the stages of psychosocial development stipulated by Erik Erikson, integrity vs. despair is the eighth and last stage. In this stage, the elderly person may face a crisis, which is a turning point in their development (Orenstein & Lewis, 2020). At this stage, the aged person may reflect on their past with a feeling of satisfaction or unproductiveness. The assessment of B.M revealed that he had conflicts regarding the quality of life he had lived. He expressed that “I have not a satisfying life as I wished or as anyone wished for me. My life was not meaningful as I expected.” This revealed that he had despair when he looked back on his life and felt regretful. I encouraged him to avoid bitterness and ruminating over mistakes he made that probably impeded his expected quality of life. Although B.M demonstrated possession of wisdom, a virtue stated by Erikson as necessary in this eighth stage, my final score for him is 6/10.

B.M’s admission into our facility was necessary to provide medical, nursing, and psychological support to him. For most people with comorbidities, it may be argued that living with depression and hypertension is a huge burden, yet B.M suffered more than these. Concerning B.M’s symptoms and needs, I identified the following priority nursing diagnoses: grieving related to the loss of his wife as evidenced by depression, sleep disturbance, depression detachment. The other diagnosis was disturbed thought processes related to prolonged grief reaction, overwhelming life circumstances, and feelings of guilt as evidenced by negative ruminations.

Plan of Care for the B.M

The goals of care for B.M would include: the client will have improved handling of grief at his pace, and he will verbalize improvement towards resolution of grief during the time of hospitalization. One of the interventions to meet these goals is helping him minimize responsibilities and decrease the feeling of guilt to help address his grieving issues. During the admission period, the rehabilitation will target at helping him identify negative thoughts and teach him to refute negative thinking. While understanding the B.M feels hopeless and guilty regarding his past life, I would help him re-establish predictable routines and understand that he needs to live the present life and not worry about the past.

The goals of addressing his disturbed thought process would be: patient will exhibit organized thought processes, reframe irrational thoughts, identify negative thoughts, and counter them positively within the time of hospitalization. The care provider should help him explore healthy ways of expressing anger and hurt. There is a need to help the patient understand the stages of grief, which may manifest with feelings of guilt and hopelessness. Administering prescribed antidepressants would decrease hopelessness and aggression (Goodyer et al., 2017). Nutritional support would be essential to provide adequate proteins and calories. The client would have enough calories for energy, better skin integrity, and improved quality of life with good nutrition. Monitoring his blood pressure would be necessary to evaluate the effectiveness of the antihypertensive.

B.M has lived with hypertension and depression since the challenging moments involving the painful death of his dear wife. Despite the challenges, he has lived with optimism and faith in God to live a better life. Although he reports depressive emotions and guilt regarding his past, he reflects on his strengths and feels optimistic. The time spent with B.M and the interviews made with him was enriching. I was impressed with his sincerity and openness, which helped in deciding the best interventions for him.